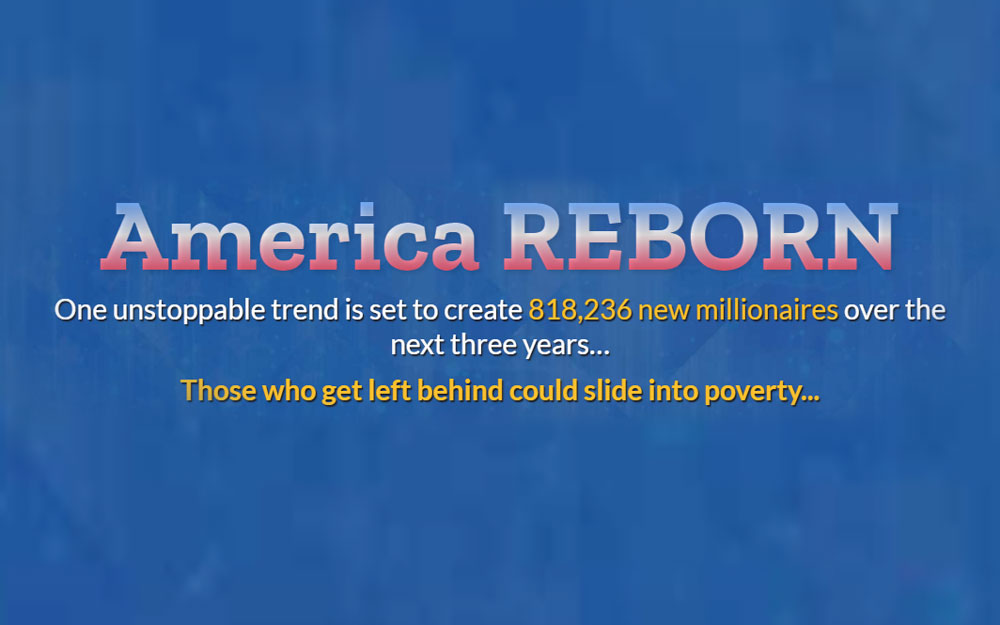 In a video and webpage, the Palm Beach team describes a 279,000% blockchain opportunity and an “unstoppable trend” that will create 800,000 millionaires over the next three years. By taking advantage of these trends as American rebounds from the pandemic, investors can reap huge rewards.

What is The Palm Beach Letter?

In The Palm Beach Letter, investors discover unique investment ideas. The newsletter frequently discusses cryptocurrencies, for example, and off-the-beaten-track stock ideas. Instead of emphasizing the significant recommendations on Wall Street, Teeka and his team look for smaller opportunities suited for ordinary investors.

In the PalmBeachGroup.com sales page for The Palm Beach Letter, the company claims you could have gained 119% to 550% by following their investment ideas:

“Since launching in 2011, our stock recommendations have given subscribers the opportunity for gains such as 119% on J&J Snack Foods, 112% on Anthem, 219% on Boston Scientific, and even 550% on Nvidia.”

One unstoppable trend is set to create 828,236 new millionaires in the next three years

America is heading towards a crisis due to skyrocketing debt, civil unrest, and eroding trust in institutions

Teeka doesn’t just believe blockchain is a good investment: he thinks it’s one of the best investments anyone can make in the next 100 years:

“I’ll go out on a limb and say blockchain technology is the #1 investment of the century. Yes, I realize that’s a BIG prediction…It might seem crazy. Yet I’m not the only one who sees the growth potential here…The World Economic Forum predicts blockchain will account for 10% of world GDP by 2027. That’s an estimated $12.7 trillion.”

Just like the internet changed the world, so too will blockchain. Teeka claims smart investors are already looking for the next Amazon, Google, and Microsoft of the blockchain space. By spotting these companies today and investing, you can make huge gains.

Teeka claims you won’t have to wait long to make these gains. Instead, blockchain is snowballing so much that investors will reap considerable rewards in less than a decade:

“As you can see, blockchain is BIG. And the growth forecast is even BIGGER… and much FASTER. Because the World Economic Forum expects the blockchain to grow 279,000% in the next seven years! Teeka adds that the military is already investing in blockchain, as are some of the world’s largest banks. They see enormous potential in blockchain technology. It can change the way we transmit money. It changes the way we bank. It changes technology and the internet.”

In other words, blockchain changes everything – including the future of the United States:

“The titans of banking and finance — and the tech world — which have dominated for decades appear to be in firm control. But this is a dangerous illusion. Behind closed doors, they’re silently scrambling… as they race to adapt — or risk getting left behind. We’re on the verge of a HUGE transition. America is about to be reborn — thanks to this new technology.”

Ultimately, you get to the point of Teeka’s ‘America Reborn’ presentation. He believes that America will ultimately be transformed into a cryptocracy. America will no longer be a democracy or any other type of modern political system. Instead, America will be a cryptocurrency-based democracy, with blockchain-based voting and other blockchain-centric features:

“The biggest wealth and a power shift in modern history are already underway. Soon, we’ll see the birth of an entirely new system. When it’s through, we’ll no longer live in a democracy…America will be reborn into what I call a “Cryptocracy.”

It’s a bold prediction – and Teeka admits it. However, Teeka claims he has been predicting world-changing trends for centuries. He wrote about cryptocurrency in early 2017, for example, just before the market exploded.

By subscribing to The Palm Beach Letter today, you get access to a report called America Reborn: How Blockchain Will Transform our Country and Generate Life-Changing Wealth. That eBook describes all of the information mentioned above, including the transformative effect blockchain will have on America.

Your subscription to The Palm Beach Letter includes a handful of bonus guides and eBooks, including the America Reborn report that describes how cryptocurrency and blockchain will transform America.

Here’s what you get with a new subscription as part of a 2020 marketing campaign:

Teeka claims these materials have massive value for investors. Teeka claims that the information contained in his reports could help investors “turn a small stake into over $1 million”. Teeka also claims his stock picks “have averaged 180% per year since 2011”. By following the investment advice in The Palm Beach Letter, you can purportedly make significant gains.

The Palm Beach Letter is priced at $49 per year.

You can contact Palm Beach Research Group via the following:

By subscribing to The Palm Beach Letter today, you get access to a report explaining how America will rebound, and how blockchain will turn American into a ‘cryptocracy’.

If you want to learn more, head to their official website, here.