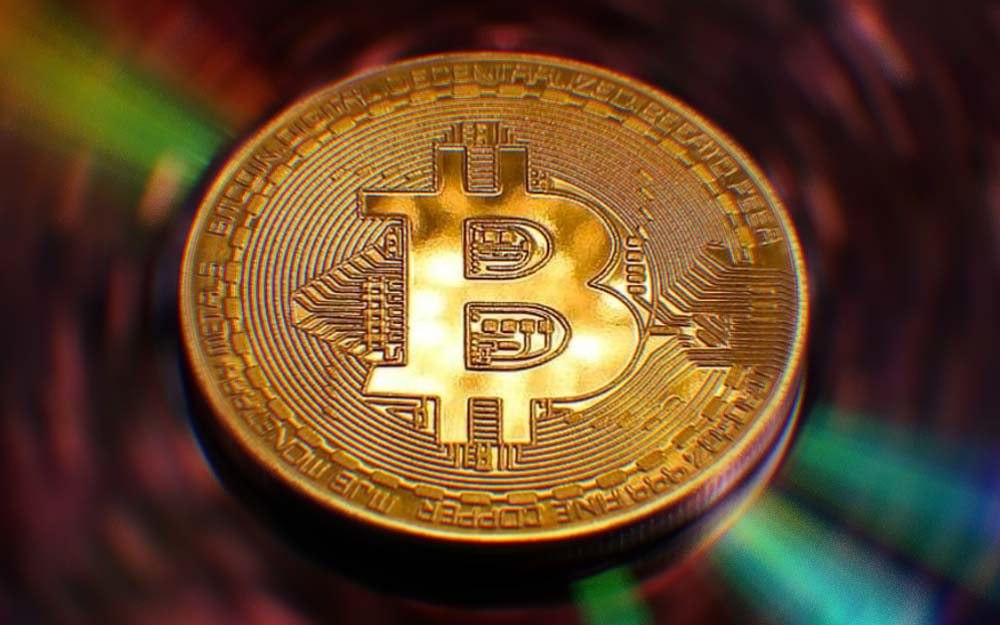 Bitcoin Price Predictions for 2020 & Beyond: Where Will Bitcoin Go Next?

2020 has been a chaotic year. Amidst all the chaos, bitcoin has quietly had a great year.

Yes, the global pandemic has dominated headlines, and governments are printing billions of dollars, yet bitcoin has remained steady as the world’s largest and most valuable cryptocurrency.

Bloomberg generated buzz for its $20,000 bitcoin price prediction. In the June 2020 edition of the Bloomberg Crypto Galaxy Index (BGCI) report, a Bloomberg analyst argued that “something needs to go wrong” for bitcoin not to appreciate.

That analyst believes bitcoin has the upper hand against competing assets like gold, commodities, Nasdaq, and crude oil. The analyst also sees potential in bitcoin futures and Tether.

Another significant advantage of bitcoin is that its digital money. COVID-19 has increased the digitalization of money. Some businesses no longer accept cash – or are encouraging digital payments instead. Bitcoin is digital money that is becoming increasingly usable.

Based on all of these advantages, Bloomberg sees bitcoin gaining support at $10,000 – and ultimately rising to $20,000 or above by the end of the year:

It’s true: based on previous bitcoin price trends, bitcoin could easily break its previous all-time high, rising above $20,000 by the end of the year. Fueled by the rise of digital money and increasing interest in bitcoin futures, bitcoin could peak by December 2020.

Crypto analyst Max Keiser recently issued an optimistic price prediction for bitcoin. In a series of tweets on July 27, the Keiser Report host predicted that BTC/USD was headed for $100,000 after a correction period of around $28,000.

Keiser updated his price prediction after seeing bitcoin rise above $10,000 – and stay above $10,000 – in late July. Keiser acknowledged that gold was nearing all-time highs, although he still sees bitcoin as a better long-term play.

Citibank has one of the most optimistic price predictions for bitcoin among major financial institutions. Citibank predicts bitcoin will reach a price of $120,000 by 2021 – but only if it meets specific requirements over the coming months. 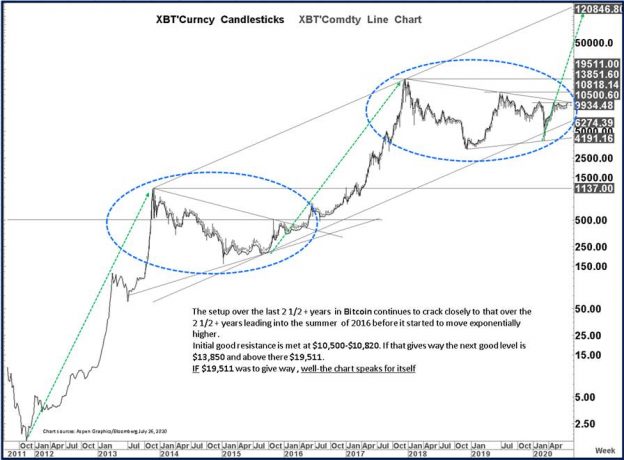 Citibank, like many other bitcoin price predictors, has a stake in crypto. Citibank increased its stake in crypto startup Komgo earlier this year and has begun to integrate its trading platform with Komgo’s Ethereum-based blockchain.

#BTC price went up too fast. Seems like other whales think so too.https://t.co/JOhUlnohQB pic.twitter.com/ZxzCZE1FdD

Ki-Young Ju spotted increased movement to exchanges as whales sought to cash out their holdings. Ki-Young Ju, who is the CEO of Crypto Quant, claims there has been a 5,000 BTC surge sent to exchanges in recent days after the late July rally.

Based on this flow, investors can expect a “massive setback” if the flow of bitcoin to exchanges is maintained. Whales want to cash out before the crash.

It’s not all rosy for bitcoin. Crypto analyst firm Panxora has not adjusted its bitcoin price prediction for 2020. In an email to Forbes, Panxora CEO Gavin Smith claims he sees volatility throughout the end of 2020, followed by a momentous 2021 as bitcoin rises to new all-time highs:

Gavin, like Ki-Young Ju, also sees a short-term retreat in bitcoin prices after the July 2020 surge, claiming there will be “a short term washout this year before the true rally takes hold [in 2021].”

The stock-to-flow model (S2F) argues that bitcoin has value because of scarcity. The model is heavily weighted to give value to halving events. If the demand for bitcoin continues to rise, and if supply suddenly drops, then prices have to increase.

Understandably, the S2F model predicted a considerable spike in bitcoin prices after the May 2020 halving event, when the block reward for bitcoin dropped from 12.5 BTC every 10 minutes to 6.25 BTC.

“The predicted market value for Bitcoin after May 2020 halving is $1trn, which translates in a Bitcoin price of $55,000. That is quite spectacular. I guess time will tell, and we will probably know one or two years after the halving.”

The prediction matches the performance of bitcoin after the previous halvings in 2012 and 2016. If bitcoin goes on a similar trajectory, we could see $55,000 per bitcoin within 1-2 years of the May 2020 halving.

However, some analysts spotted an Elliot Wave pattern forming in April 2020 that would lead to a correction of $3,000 by the end of 2020.

Analysts believe this would be a short-term retreat before long-term increases. The theory argues that markets go through bear and bull cycles in waves. After surviving a bear wave, bitcoin will go through a bull wave.

TradingBeast’s Bitcoin Predictions are less optimistic about bitcoin in 2020. In March, TradingBeast predicted bitcoin would continue sliding throughout 2020, hovering around the $8,000 mark throughout the year.

TradingBeast acknowledges that bitcoin could rise and rally during the year, although they maintained the average would hover around $8,000.

In recent months, TradingBeast has slightly raised its bitcoin price prediction, although the firm still sees an average price of around $9,000 throughout the latter half of 2020.

Technical Analysts See Strong Bullish Trends for 2020, “Has No Barriers” to Growth

As explained by FX Street, bitcoin’s price “has next to no barriers” on the way up after breaking the $10,000 barrier, which they describe as “psychological.” FX Street highlighted technical analysis showing increasing support above $10,000 and $11,000 – and that means strong bullish momentum for bitcoin moving forward.

“The way to the upside is a path of the least resistance now,” explained FX Street’s Tanya Abrosimova in a July 27 report.

Chamath Palihapitiya has made one of the most distant bitcoin price predictions to date. The co-owner of the Golden State Warriors and the founder of Social Capital has invested in bitcoin since 2012. By 2013, Chamath had included bitcoin in his hedge fund, general fund, and private account. At one point, he famously owned 5% of all bitcoin in circulation.

Understandably, someone who owns a significant amount of bitcoin has lofty price predictions for the world’s largest cryptocurrency.

Chamath believes bitcoin will top $100,000 within the next 3 to 4 years, reaching a price of $1 million by 2037. Chamath thinks bitcoin is a fantastic hedge and store of value for those betting against autocratic regimes and banking infrastructure, that dominates the world today.

As the founder and CEO of bitcoin wallet company Xapo, Wences Casares has even loftier predictions for bitcoin than Chamath Palihapitiya. Casares believes bitcoin will peak at $1 million by 2027.

Casares first saw the power of bitcoin in 2011, when fiat currency values in his native Argentina were fluctuating wildly. He bought bitcoin and has never looked back.

At the 2017 Consensus conference in New York, Casares stated that bitcoin would hit $1 million within 5 to 10 years. In other words, bitcoin will be worth $1 million at some point between 2022 and 2027.

John McAfee infamously made one of the most ambitious price predictions in bitcoin history, claiming that bitcoin would be worth half a million dollars by 2020.

McAfee made this prediction in September 2017 when bitcoin was nearing its all-time high. At the time, it sounded somewhat plausible. Today, nearing the end of 2020, $500,000 seems an impossible target.

McAfee’s prediction was even bolder, claiming bitcoin could be worth as much as $2.6 million within that same timeframe. In November 2017, the notorious bitcoin evangelist predicted $1 million bitcoin by the end of 2020 – and he promised to eat his penis on national television if he was incorrect.

McAfee insisted on his $1 million price target throughout 2019. Then, in May 2020, he made a sudden change, claiming his prediction was “nonsense”:

“Put a different way: If Bitcoin ever hit $1 mil, it's market cap would be greater than the GDP of the entire North American Continent. What idiot could believe such nonsense? Whale F*cking is a thousand times more likely to make its way onto the Olympics Stage.”

In any case, bitcoin needs to rise by thousands of percentage points in the coming months for McAfee’s original price prediction to be correct.

The Winklevoss twins, who played a role in Facebook and founded crypto exchange giant Gemini, believe bitcoin can reach a $5 trillion market cap within the next 10 to 20 years. The prediction was made in 2018, giving us until 2038 to see if the prediction is correct.

The Winklevoss twins made this prediction based on the idea that bitcoin’s bitcoin is 30 to 40 times its current value. They also believe bitcoin disrupts gold as “gold 2.0”.

Tom Lee has made headlines countless times for his optimistic bitcoin price predictions. Tom Lee has been characteristically confident about bitcoin’s price appreciation in 2020, believing bitcoin will rise to $91,000 by 2020.

Tom Lee is co-founder of market analysis firm Fundstrat, Global Advisors. He previously predicted (correctly) that bitcoin would hit a price near $20,000 in 2017, then drop in 2018. For his 2020 prediction, Tom Lee used an average of the percentage gained at a price after each dip.

Tai Lopez is an investing guru best-known for his flashy online marketing campaigns (he notoriously filmed a viral video where he stood in his garage bragging about his Lamborghini). Tai argues that institutional money could flow into bitcoin, causing prices to appreciate to $60,000 at some point in the coming months or years.

Tai claims that if millionaires invest a small portion (1%) of their assets into bitcoin, then the price will rise to $60,000 in the mid-term.

Van-Peterson predicted bitcoin’s rise to $2,000 in early 2017, which seemed like an outlandish prediction at the time.

Lightspeed Venture Partners executive Jeremy Liew is best-known for being Snapchat’s first investor. With an estimated net worth over $2 billion, Liew has had a successful investing career.

Morgan Creek Capital founder Mark Yusko predicts bitcoin will reach $400,000 in the long term. Yusko claims it’s “just math” that bitcoin will reach this amount. He sees it as an equivalent to gold. There are approximately 20 million bitcoins available today, and gold has a market cap of $8 trillion. If you do the math, bitcoin would be worth $400,000 apiece with a similar market cap.

Of course, bitcoin’s circulating supply is even less than 20 million due to lost or unrecoverable coins, which means Yusko’s real prediction could be as high as $600,000. Yusko did not give a timeline for his prediction.

“Pomp” is a well-known bitcoin personality. He’s also founder and partner at Morgan Creek Digital, a crypto asset management firm for institutional investors. He claims to hold 50% of his net worth in bitcoin.

Where is bitcoin’s price going in 2020? What do experts think? Clearly, they’re all over the board. Some see bitcoin rising to $500,000 in 2020. Others see bitcoin being worth less than $3,000 by the end of the year. With bitcoin prices surging in August 2020, it’s anybody’s guess where bitcoin’s price will go next.