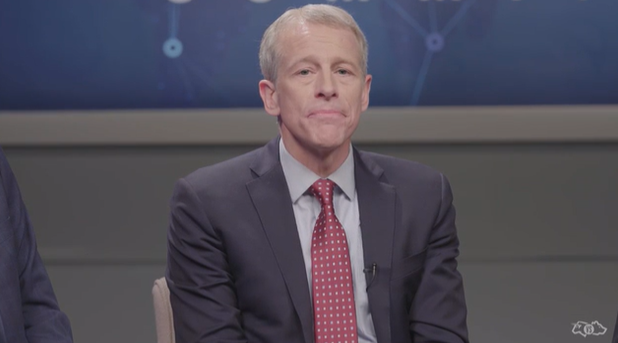 Empire Financial Research Founder and CEO Whitney Tilson is hosting the The 2020 Empire Election Summit on Wednesday, September 23 at 8 pm ET where the Empire Stock Investor leader and infamous TAAS stock pick researcher is holding a crucial event for anyone looking how to setup themselves up for a windfall profits during this upcoming election.

Empire Stock Investor is a financial analysis newsletter from Empire Financial Research and is at the heart of the The 2020 Empire Election Summit.

As part of a new marketing campaign, Empire Stock Investor is advertising “the most important investment story of 2021.” By investing in the right electric vehicle and artificial intelligence stocks today, you can purportedly earn huge ROIs by capitalizing on the convergence of two technologies. 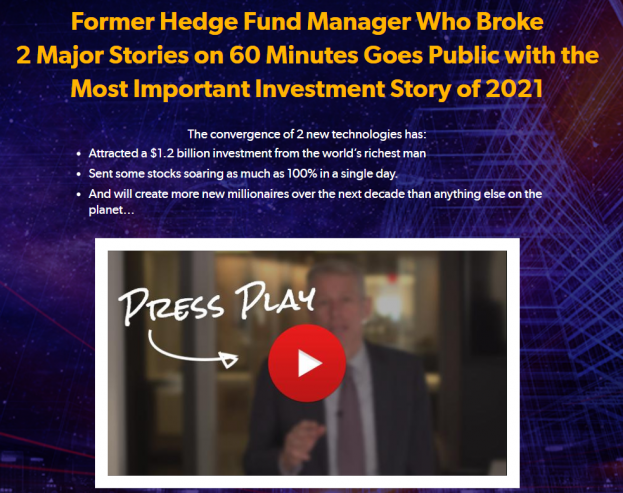 What will you learn with Empire Stock Investor? What is the most important investment story of 2021? Find out everything you need to know about Empire Stock Investor and Empire Financial Research today in our review about the The 2020 Empire Election Summit with Whitney Tilson.

What is Empire Stock Investor?

Empire Stock Investor is a financial newsletter created by Empire Financial Research. The newsletter is led by Whitney Tilson and Enrique Abeyta. They use their 50+ years of combined Wall Street experience “to recommend a world-class investment approach to help readers safely grow their wealth,” according to the official website.

As part of a 2020 marketing campaign, Empire Financial Research discusses “the most important investment story of 2021”. Two technologies are about to converge, and this convergence “will create more millionaires over the next decade than anything else on the planet,” according to the Empire Stock Investor team.

On the first Wednesday of every month, subscribers receive a copy of Empire Stock Investor that discusses upcoming events, recommends specific stocks, and analyzes current markets. And now there is a special event being hosted where Whitney Tilon's The 2020 Empire Election Summit will reveal one of the most profitable evens of the year.

Empire Stock Investor is marketed towards ordinary individuals. The company recommends investing at least $1,000 into each of its recommendations, for example, while being prepared for an average hold of 3 to 5 years.

Most Empire Stock Investor recommendations are large-cap stocks in the United States.

Periodically, Empire Stock Investor issues an alert about buying or selling specific stocks. If they believe a sector is overvalued, for example, then they’ll issue a sell alert to subscribers. If they think there’s a unique investment opportunity, they’ll issue a long (buy) recommendation. The company does not issue short recommendations, although they may periodically discuss overvalued sectors.

The newsletter is priced at $50 to $200 per year, depending on your subscription package.

What is the Most Important Investment Story of 2021?

As we near the end of 2020, the Empire Stock Investor team is advertising an investment opportunity that will appear in 2021.

In a video and text presentation, Whitney Tilson explains why the most crucial investment story of 2021 will be such a big deal for ordinary investors of all sizes. This is where the sense of urgency comes into play with the The 2020 Empire Election Summit.

Some of the things we know about that investment story include:

To make a lengthy presentation short, the Empire Stock Investor team believes electrical car sales and artificial intelligence will converge to create a perfect storm of opportunity for investors. Electric, autonomous, AI-powered vehicles will account for “half of all new car sales in America” within just a few years, according to the Empire Stock Investor team. And now pressing intel has surfaced to where Tilson's The 2020 Empire Election Summit is where Whitney will reveal vital details about what he and his Empire Financial Research team has unearthed. 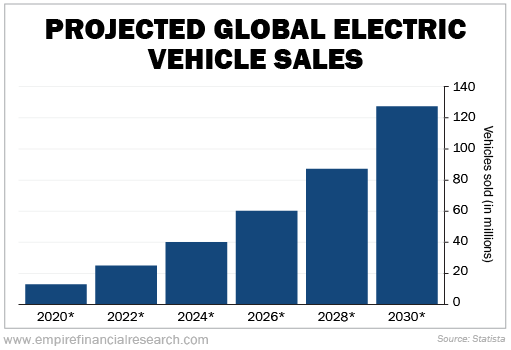 By capitalizing on this trend today before sales start to surge, investors can purportedly earn huge returns:

“Like the boom that took place with smartphones beginning in 2007, EVs are already a superior technology with rapidly declining prices. As a bonus, they are also being mandated by governments around the world. In just a few years, electric vehicles will account for half of all new car sales in America.”

How can investors make a fortune in this space? The company claims the key isn’t predicting the right company – the key is to invest in auxiliary firms supplying the space:

“The key to making a fortune in this space is NOT to try to guess which company will win. Remember, in addition to Tesla, GM, Ford, and other U.S. manufacturers… there are some 400 electric carmakers in China!”

Whitney Tilson and the Empire Stock Investor team have collected their investment recommendations into three reports, including: 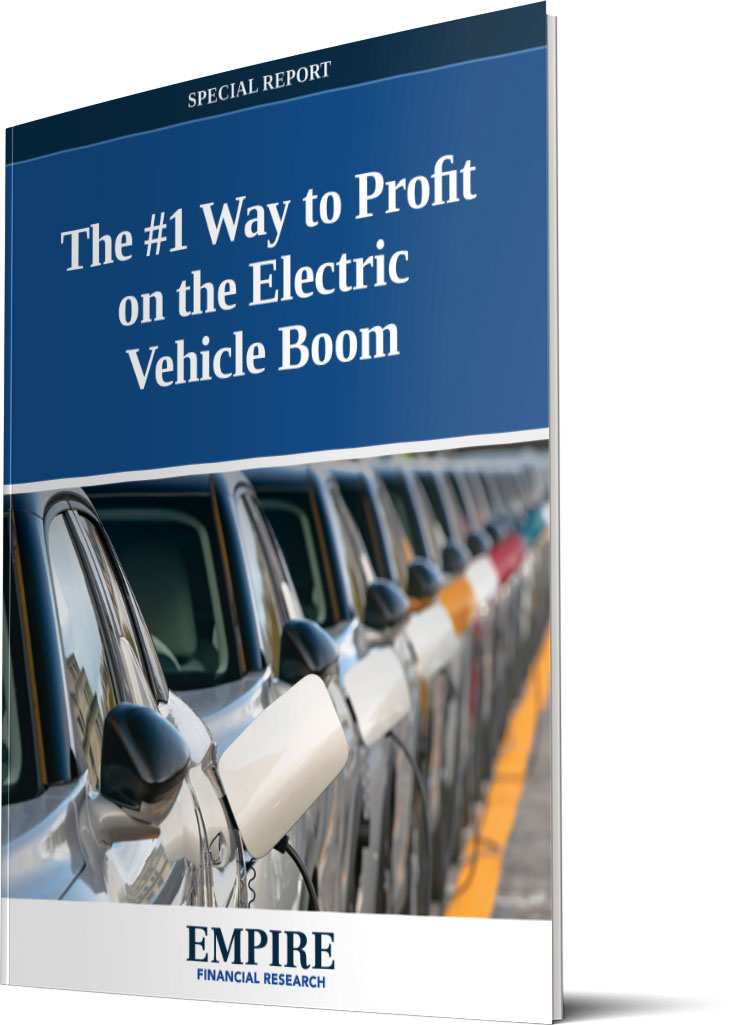 Report #1: The No. Way to Profit on the Electric Vehicle Boom

In this report, Whitney Tilson and his team describe how electric vehicle sales will boom in the coming years – and how ordinary investors like you can take advantage. As mentioned above, Tilson does not recommend picking a single winning car company and hoping they succeed; instead, he recommends investing in a specific investment related to the electric vehicle sector. In this report, he gives the details of that investment, the ticker symbol, and how to get in at the best possible price. Tilson also lists the exact price he recommends paying for the stock, which is up 40% since last summer. 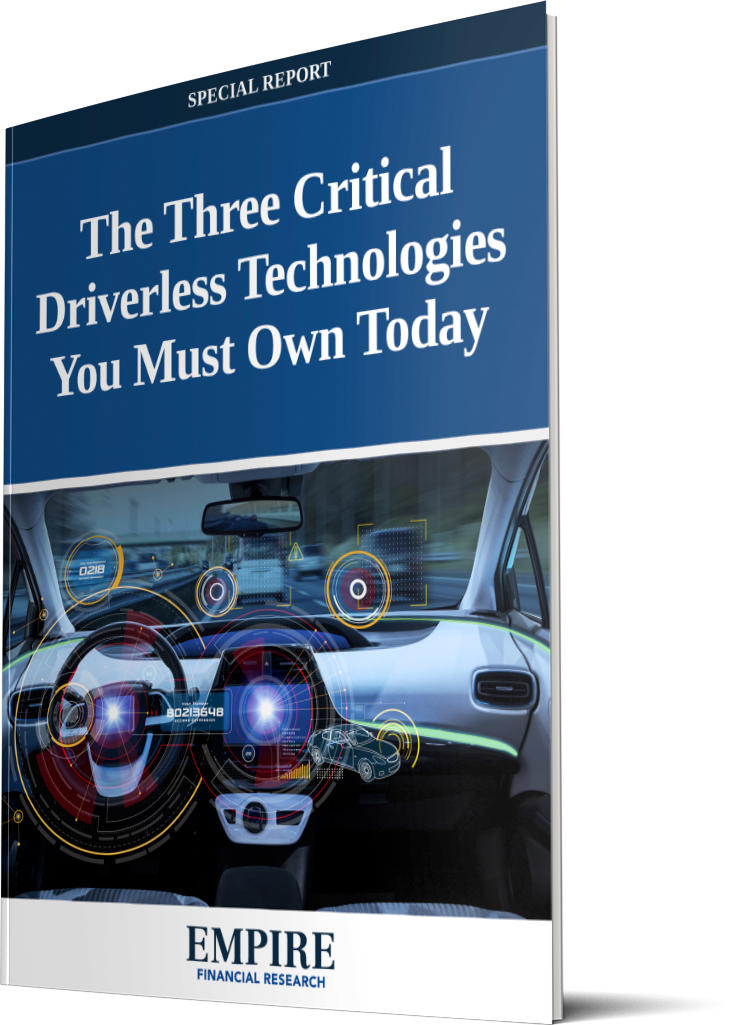 Report #2: The Three Critical Driverless Car Technologies You Must Own Today

This report highlights the companies making the technology that goes into driverless cars. These companies are responsible for the most critical components of the best self-driving cars. One of Tilson’s recommended companies creates the “brain” or “nervous system” for autonomous vehicles and has already partnered with BMW, Hyundai, Audi, Intel, and Lyft. Another recommended company provides computers for autonomous vehicles and has already partnered with Toyota, Volkswagen, Mercedes, and others. The report highlights three companies in total that could generate enormous returns for investors as autonomous vehicles become more popular. 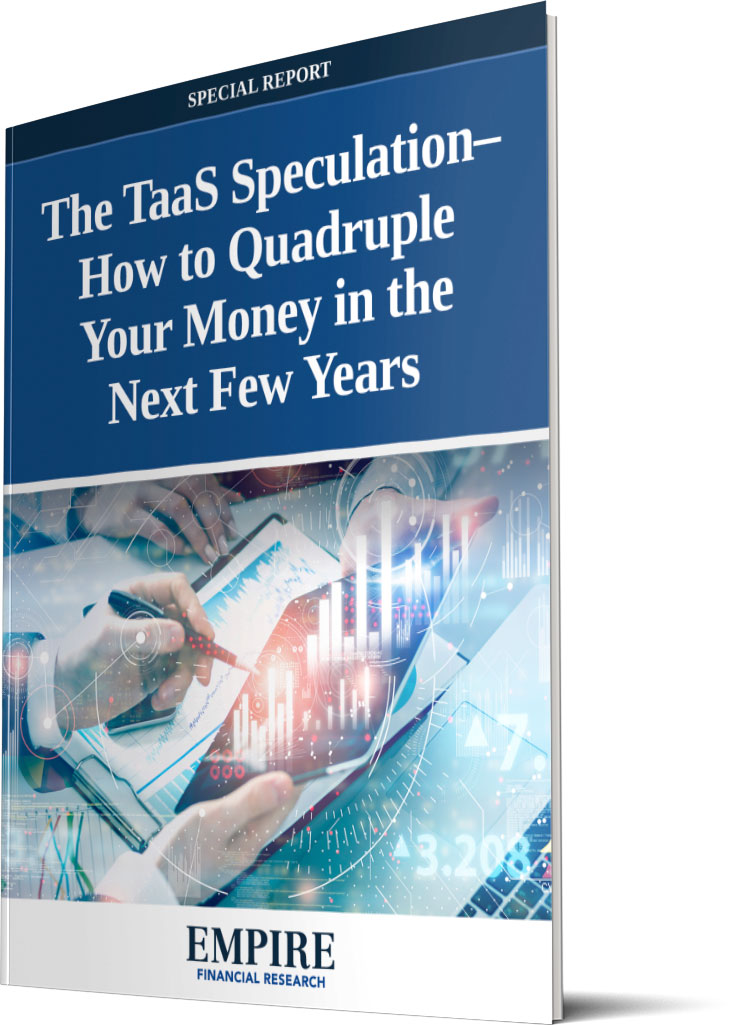 Report #3: The TaaS Speculation: How to Quadruple Your Money in the Next Few Years

This report highlights the upcoming rise in transportation as a service (TaaS). Tilson claims his investment analysis team “has discovered the perfect way to play it.” He recommends investing in a company “you’ve almost certainly never heard of” because it provides the technology needed for self-driving and autonomous cars. That company’s materials are used in 20% of the entire global market – and Tilson expects its revenue to quadruple over the coming years. The company’s share price has already jumped 70% since 2019, although Tilson believes “it has much, much higher to go.”

By subscribing to Empire Stock Investor today, you get access to all of these reports.

As part of a 2020 marketing campaign, Empire Stock Investor offers several bonus bundles and digital reports with all new subscriptions. The 2020 Empire Election Summit event on Wednesday, September 23 at 8 pm ET is a must see for all individuals interested in learning about Whitney Tilson's top picks and most recommended TAAS stocks too. 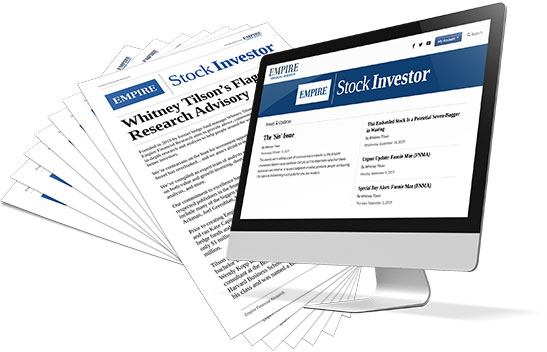 Here’s what is included with all new subscriptions to Empire Stock Investor: 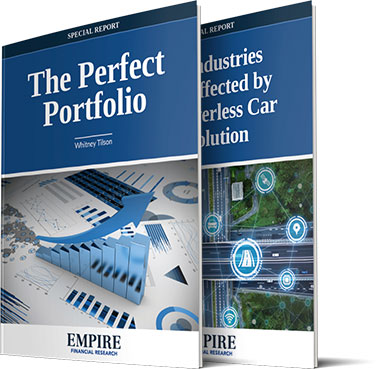 Empire Stock Investor is priced at $199 per year, although that price is reduced to $49 as part of the new marketing campaign. After subscribing to Empire Stock Investor today, your subscription will automatically renew every year until you cancel. You can cancel at any time. 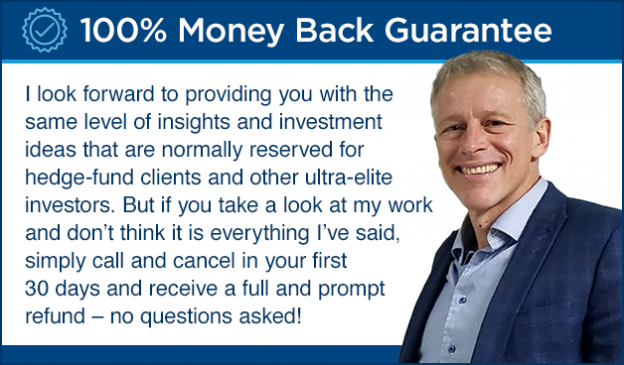 You can request a complete refund within 30 days with no questions asked.

Empire Financial Research is led by Whitney Tilson, who founded the company in 2019 after running a hedge fund on Wall Street for most of his career.

You can learn more about Whitney Tilson, Enrique Abeyta, and other members of the Empire Financial Research team here.

You can contact Empire Financial Research via the following:

As part of the new marketing campaign, Empire Financial Research recommends investing in artificial intelligence and electric vehicles – two industries preparing to converge in the near future. If you subscribe to Empire Stock Investor today, you get access to two reports highlighting specific companies to buy to maximize your returns as electric vehicle sales growth in the coming years.