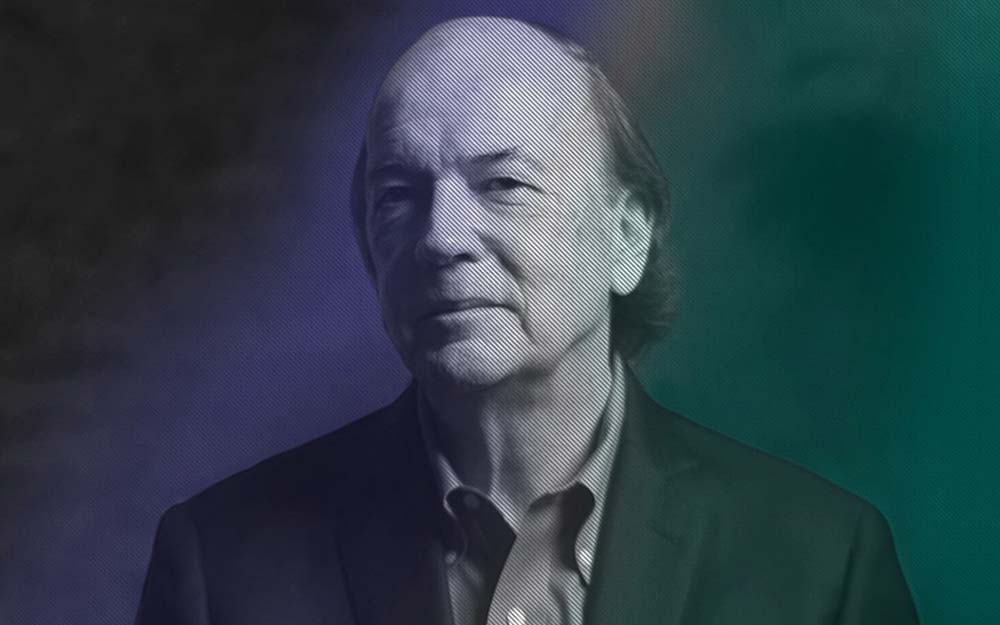 Jim Rickards has launched a new sales page for his Strategic Intelligence newsletter, where he discusses his ‘10X Gold Script’.

According to Rickards, 2020 will be a breakthrough year for gold. Gold will enter a bull market and surge to new all-time highs based on the 10X Gold Script – which previously occurred in 2001 and 2008.

What is the 10X Gold Script?

In a new sales page, the Strategic Intelligence team describes Jim Rickards as “America’s #1 gold millionaire”. In a video, he “reveals his 10X gold script”.

According to Jim Rickards, he has seen a gold boom script play out in previous markets. Now, he sees signs of that same script in today’s markets. If that script continues, we’ll see an enormous breakthrough for gold in the coming months.

“This same script played out twice in the last 20 years. In both rare occasions, dozens of gold stocks exploded 10X or more over time.”

The Strategic Intelligence team published the sales page online as gold is booming to new all-time highs. As of late July, the price of gold is nearing $2,000 per ounce, up from $1,450 just one year ago. On July 29, gold closed at a new all-time high for the second day in a row.

Worries about the dollar and global economies are pushing the price of gold upward. Some fear an upcoming recession – or a complete collapse. Some believe the COVID-19 pandemic is leading to excessive money printing, causing fiat currencies to lose their value as inflation rises.

For all of these reasons, Rickards sees his 10X Gold Script playing out in today’s economy – and that means significant gains for investors:

“With dozens of tiny gold stocks exploding as high as 68%, 89% and even 115% just in recent weeks…Historians will call this the beginning of the biggest gold BOOM ever…The third and final boom.”

Let’s take a closer look at Jim Rickards’ Gold Stock Boom and how the script works.

How the 10X Gold Script Works

Jim Rickards claims to have spotted signals in today’s economy. These signals forecast a higher price of gold shortly.

Rickards is so confident in these signals that he bet $1 million of his own money. He purchased a private gold mine in Utah.

“Why am I so confident? It’s all because of a rare phenomenon that has only happened twice in the last twenty years. On both occasions, it sent several gold stocks to the moon.”

Rickards claims he spotted a similar script in 2001 when gold reached its previous all-time high. Shares of gold companies skyrocketed by 500% to 1,500%, and investors made huge returns.

Rickards also spotted the 10x script in 2008, although it only lasted a few years. Despite the short duration, gold stocks made massive gains regardless.

Now, Rickards claims he sees the same script playing out today – and it will push gold to record highs.

Jim Rickards isn’t just talking about gold because it’s booming in summer 2020. Instead, Jim has been talking about gold for years. He has published five books about gold, including his best-known book called The New Case for Gold. He has also written books like “The Death of Money” and “Currency Wars.” Overall, Rickards believes gold and precious metals will reign supreme in the long run – and fiat currencies will sink.

Which Stocks Should You Buy for the 10X Gold Script?

The purpose of the 10X Gold Script video and sales page is to recommend specific gold stocks.

“This phenomenon is about to send gold and gold stocks to the moon. And if you target the right stocks that are trading for pocket change, you could make a fortune.”

As proof it’s a good time to invest in gold stocks, Rickards mentions that Blackrock and Vanguard, two of the largest money management firms in the world, have a combined $8.8 billion in gold stocks.

As further proof, Rickards mentions what happened to some gold stocks on March 16 when the Fed announced its first wave of the stimulus. Rickards spotted dozens of gold stocks gaining between 32% and 119%. Many of these stocks were smaller gold mining companies, although they still generated huge gains.

Rickards claims anyone can invest in the world’s most extensive gold stocks and companies. However, many of these companies are no longer available for cheap:

“I recommend buying gold stocks that have a proven track record…For example, I’ve recommended Newmont Mining (Ticker: NEM) before…And longtime followers had a chance almost to double their money when we closed it. It’s still a great company. And I have no doubt it has more upside. But it’s trading at $62 right now. Not that cheap anymore.”

Instead, Rickards claims investors should focus on smaller companies, which give investors a chance to earn “that 10X or more moonshot”.

Rickards emphasizes junior miners, which are smaller than their larger competitors but have more significant potential for gains. These companies are trading for $0.53 to $9.20 today.

In his new report, Rickards recommends his top 10 best junior mining stocks, including his recommended allocation for each (ranging from 5% to 15%). Rickards does not claim that all of these companies will make huge gains – but they give you the best chance of getting a moonshot and earning massive profits as gold skyrockets.

These top 10 companies – and the reasons to invest in these companies – are described in Jim Rickards’ report The 10 Biggest Stars in the Coming Gold Bull Mania. The eBook explains the names and ticker symbols of these ten stocks, including Rickards’ analysis of each stock.

What is Jim Rickards’ Strategic Intelligence?

Strategic Intelligence is a financial analysis newsletter from Jim Rickards and the team at Paradigm Press.

You get access to The 10 Biggest Stars in the Coming Gold Bull Mania eBook by subscribing to Strategic Intelligence today. You also get a copy of The New Case for Gold, one of Jim Rickards’ best-known eBooks.

The monthly newsletter provides market analysis, stock recommendations, and more. All information is edited by Jim Rickards, who has 35+ years of experience in investment banking, international economics, political and national intelligence, and more.

Strategic Intelligence emphasizes safeguarding your portfolio against unexpected economic events – like the collapse of currency or the next recession.

“To safely guide your investments, Jim has developed a revolutionary way of looking at the financial system and stock markets. It’s unlike anything you’ve ever seen. It gives him insight on exactly how the dollar’s collapse could play out, what stocks might fall, and what assets could rocket up in price. His predictive tool – something he calls “complexity theory” – will warn you well in advance of the coming collapse. In the financial world, this tool is entirely new and unparalleled.”

Overall, Strategic Intelligence works like other financial newsletters. You get one man’s insight on the current economic situation, the best investments, and current market conditions, among additional info.

Strategic Intelligence is priced at $49 to $79 per year, depending on your subscription option:

Basic Subscription ($49): This subscription includes one year of access to Strategic Intelligence.

Best Deal Subscription ($79): This subscription includes one year of access to Strategic Intelligence along with the bonus eBooks and reports mentioned above.

After your first year expires, your subscription is automatically renewed at the listed price.

As part of a new promotional campaign, your Strategic Intelligence subscription includes a handful of bonus reports, including all of the following:

The New Case for Gold: This book describes why gold could boom in the coming years. Rickards claims uncertain economic times and declining fiat currency values will push gold to new heights.

Intelligence Dossier #1: The 10 Biggest Stars of the Coming Gold Bull Mania: This report describes the top 10 junior miner stocks you should consider buying today, including stocks that could 10X or better in the upcoming gold boom. The report highlights each company’s name and ticker symbol, along with Rickards’ analysis of why these stocks could rise.

Strategic Intelligence comes with a 6-month refund policy. You can request a complete refund within 6 months of your purchase.

You get the same refund on your automatic renewal. After your subscription renews, you have 6 months to request a refund on that fee.

As part of a new marketing campaign, Jim Rickards and the Strategic Intelligence team mention a 10X Gold Script that they believe is occurring in today’s markets. Based on this script (which previously occurred in 2001 and 2008), the team thinks gold will rise significantly in value in the near future.

By subscribing to Strategic Intelligence today, you can discover the names of Jim Rickards’ top 10 junior mining company stocks to buy today along with other bonus reports.