What is Ray Blanco’s Catalyst Trader?

Don’t confuse Catalyst Trader, the financial newsletter, with catalyst trading, the trading term. Catalyst trading is a trading system popularized by Bill Cox in a 2017 book. Cox described how to foresee coming “hype” within a stock or industry, then buy into that stock before hype pushed it to new heights.

Catalyst Trader is based on a similar concept. By buying the right stocks before they get hyped, investors can earn returns of 10x or more.

Catalyst Trader is published online by Seven Figure Publishing. The company describes the newsletter as their “no. 1 resource for the biggest event-driven tech profits”, including smaller companies expected to make big announcements about the “next big thing”.

What is the 10X Announcement Summit?

As part of a 2020 marketing campaign, Ray Blanco and the Catalyst Trader team have focused on Elon Musk and Tesla. Over August and September 2020, Ray Blanco discussed how Elon Musk was about to reveal something incredible.

That announcement, if it went forward as predicted, could send a $2 battery company’s stock soaring 10x, according to Ray Blanco.

The announcement is also linked to an “anti-5G” technology that will disrupt telecommunication companies across the United States.

Elon Musk and Tesla had hyped their ‘Battery Day’ event for weeks. It took place on Tuesday, September 22.

During the Battery Day event, Tesla revealed new information about its battery technology, including some of the leaps the company had made at creating electric vehicle batteries.

For weeks, analysts predicted the Battery Day event would be a big deal for Tesla. The event’s announcement is expected to lead to more electric car sales, lower electric vehicle production costs, and better electric vehicle batteries, among other benefits.

Ray Blanco and the Catalyst Trader team published a prediction 24 hours before the event describing it as the 10X Announcement Summit. By identifying and capitalizing on events like the Tesla Battery Day event, investors can take advantage of big news to reap huge rewards.

Ray claims he was part of a small group of tech industry insiders who attended a private event with Elon Musk. Elon Musk revealed a secret technology to this group of insiders, and Ray believes that technology will change the world:

“What Elon said gave me goosebumps. A small number of tech insiders — myself included — attended this private event. And I’m convinced what he talked about will be the next big tech breakthrough of the 21st century.”

Ray claims the announcement has nothing to do with 5G technology, although it will affect your smartphone:

“This new technology will affect every single person in America — possibly the world — and it’s all tied to the little device in your pocket right now… This has nothing to do with 5G tech. In fact, this new tech could stop 5G dead in its tracks — for the same reason all of Elon’s past ventures were so successful.”

Ray describes Elon Musk’s technology as an “anti-5G” tech. He claims this technology is a direct threat to the world’s largest telecommunications providers:

“What you’re about to see could be a direct threat to the profits of multi-billion corporations like Verizon, AT&T, T-Mobile and more. For that reason, you will NOT hear about this controversial presentation from any mainstream news outlet.”

Tesla isn’t a secret company. The company has quadrupled in value from the start of 2020 to date, and investors have made millions from Tesla. That’s why Ray Blanco claims his secret investment opportunity isn’t with Tesla: it’s with a $2 battery company that Ray expected to explode with growth moments after Elon Musk’s Battery Day announcement.

Ray claims to have identified a small battery company that will benefit from Tesla’s announcement on Battery Day.

As mentioned above, Ray claims to have inside knowledge because of a private meeting with Elon Musk. Ray claims to know about Elon Musk’s dramatic announcement – and he wants to share this information with subscribers before the news is public.

What Will You Learn in Ray Blanco’s Catalyst Trader?

Ray Blanco’s Catalyst Trader is based on the idea of catalyst trading.

When you subscribe to Catalyst Trader, you get a steady stream of news about what Ray Blanco believes is “the next big thing”.

Ray Blanco interviews CEOs, travels the world and identifies the best investment opportunities for subscribers. When Ray has spotted an opportunity he believes will reap big returns for investors, he shares that opportunity through Catalyst Trader.

Who is Ray Blanco?

Ray Blanco is a tech analyst and investor. Ray’s family fled Cuba in the 1960s, then settled in Florida, where Ray grew up. Ray earned a bachelor’s degree in information technology from Hodges University, then worked as a network technician and systems analyst for public and private companies. Ray also worked for an investment firm with $30 billion in assets under management, designing that company’s network infrastructure.

Ray Blanco has been part of the Seven Figure Publishing team since 2010. In 2019, he claims to have outperformed the S&P by 50% through his recommendations in Technology Profits Confidential.

As part of a recent promotion, Ray Blanco and Seven Figure Publishing are bundling several bonuses with Catalyst Trader. Some of the bonuses are related to Tesla, Elon Musk, and the Battery Day announcement, including one report that explains how to get 10x returns by investing in the “million-mile battery”.

Here’s what you get with all new subscriptions to Ray Blanco’s Catalyst Trader:

Portfolio Updates: The Catalyst Trader team maintains a model portfolio. You can check this model portfolio for updates, open and close positions, and the latest investment recommendations.

Urgent Flash Catalyst Alerts: Catalyst Trader is all about trading on big news and significant events. If big news is released, or if a significant event occurs, then Ray Blanco sends an urgent flash catalyst alert. He’ll explain which stock to take action on, how to buy that stock, and how to maximize the value of that trading opportunity.

Bonus Report #1: How to 10x Your Money with the Million-Mile Battery: This report explains how to invest in a $2 battery company expected to explode after Tesla’s Battery Day announcement.

Bonus Report #2: The Secret to Doubling your Money with SPAC: Spartan Energy Acquisition Corp is preparing to launch a sustainable electric vehicle. Ray Blanco recommends investing before the company completes a new deal. This report explains how to invest in SPAC before it becomes mainstream, helping investors easily double their money.

Subscriptions to Tech Profits Daily, The Rundown, and 5-Minute Forecast: These free subscriptions are available to anyone, although they’re also bundled into your Catalyst Trader subscription.

However, it’s unclear how the refund is prorated, and the refund policy is unusually vague. Do you get a full $2,000 refund if you request a refund immediately after your purchase? Or do the bonus reports count against your prorated refund? Seven Figure Publishing does not explain any details upfront.

Additionally, Ray Blanco is offering a special refund policy for Tesla’s Battery Day event. If his $2 battery company is not named during the Battery Day event, then he will upgrade all subscribers to a pro membership (valued at $20,000 per year).

You can contact Seven Figure Solutions via the following: 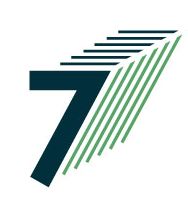 Ray Blanco is a tech analyst and investor who claims to have special knowledge about Elon Musk’s Battery Day event. Ray claims he was part of a small group of insiders who met with Elon Musk before the event. Because of this secret meeting, Ray knows a $2 battery company that Elon Musk will announce during Battery Day.

Ray also knows about an “anti-5G” technology Elon Musk will announce that will disrupt telecommunication companies.

To learn the name of this company before the event, you need to subscribe to Catalyst Trader today. Subscriptions are priced at $2,000 per year.